To me, at least, it is no secret that Microsoft has been trying very hard for several years to get as many SharePoint customers as possible to migrate off SharePoint on-premises and to SharePoint Online (a.k.a Office 365). 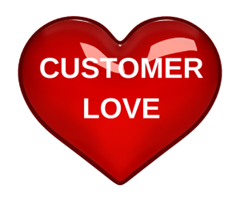 Of course, I don’t have any hard numbers that show that this has been what Microsoft has been doing.  I just have my own impressions from their marketing pushes, product investments and anecdotes from people I know around the SharePoint world.

One anecdote came from a former colleague that works in IT on the SharePoint team for one of the major auto makers in the U.S.  He told me within the last year that every time the Microsoft team shows up at the company’s headquarters, that all the MS team wants to the talk about is SharePoint Online and when the company will migrate to it.

Well, my former colleague says that his company is quite happy with their SharePoint on-premises deployment (SharePoint 2013, in their case) and have a very active user base and lots of functionality that helps the company in many different ways.  Other than the “fear” that they will be left behind by Microsoft at some point, they seem to be satisfied with their on-premises experience.  (He also said that they would have upgraded to SharePoint Server 2016 when it came out, but that they couldn’t see that it had enough new features in it that would benefit them, so they have remained with SharePoint 2013 for now.)

Now, I know this is not universally the case.  Many, many companies over the years have failed and/or have significant pain related to their on-premises SharePoint platforms.   It is a very complex technology to set up and maintain – a lot of which can be eliminated by migrating to SharePoint Online and letting Microsoft take care of the “under the hood” components for you.

Nevertheless, there are also many, many other companies that started investing in SharePoint on-premises long before SharePoint Online ever came along, AND THAT HAVE BEEN SUCCESSFUL with it, even with all its complexities – such as the auto maker I mentioned above.  I’d say we’d all be surprised if we could know exactly how many of these satisfied SharePoint on-premises customers exist today.

I also have first hand experience every day from support requests we receive from our customers of Extranet Collaboration Manager (ExCM) for SharePoint on-premises.  Its our flagship add-on for enabling SharePoint on-premises as an extranet solution and we have hundreds of customers using it around the world.  We first released it in 2007, and all versions of it (2007, 2010, 2013, 2016) are still actively being used at various customers to this day.

Finally, today I happened to be reading a blog post while researching a question I had related to a non-SharePoint topic and ran across some statements the author made that serve as just another anecdote for the continued popularity of SharePoint on-premises.  The article series was written last year, but its still recent enough that I consider it “current”.

Check out these quotes that I cherry picked from Ivan Matviyenko’s 2017 series on IT Orchestration that use SharePoint on-premises as a key component:

“SharePoint—as the central web and e-documents portal and the company wide workflow engine, well known by the users and used in dozens of everyday business scenarios, not limited to IT processes only.”

“If SharePoint is good for hosting web forms and business process workflows, why misuse its great functionality by trying to squeeze some Exchange mailbox provisioning scripts into it?”

“We use SharePoint to define the overall layout of business or IT process, to assign roles in the process to different users, to communicate with the users when a manual interaction (such as taking an approval decision) is required and to call the IT orchestration engine….”

“The SharePoint customization tools, ranging from SharePoint Designer for power users, to professional Visual Studio solutions with full source control, allow us to define workflow algorithms and design web forms of any complexity for every required scenario.”

“And I will also tell the story of how SharePoint, while an imperfect product and lacking functionality in many respects, still made its way into our organization in almost a guerilla fashion and became the primary e-documents and workflow hosting platform.”

Ivan works in IT for Kcell, the main cellular provider in Kazakhstan.

Here is the link to the first post in his series:

Or, is your company anxious to migrate to SharePoint Online for reasons other than “fear of being left behind by Microsoft”?

It would be great to hear from you in the comments below.